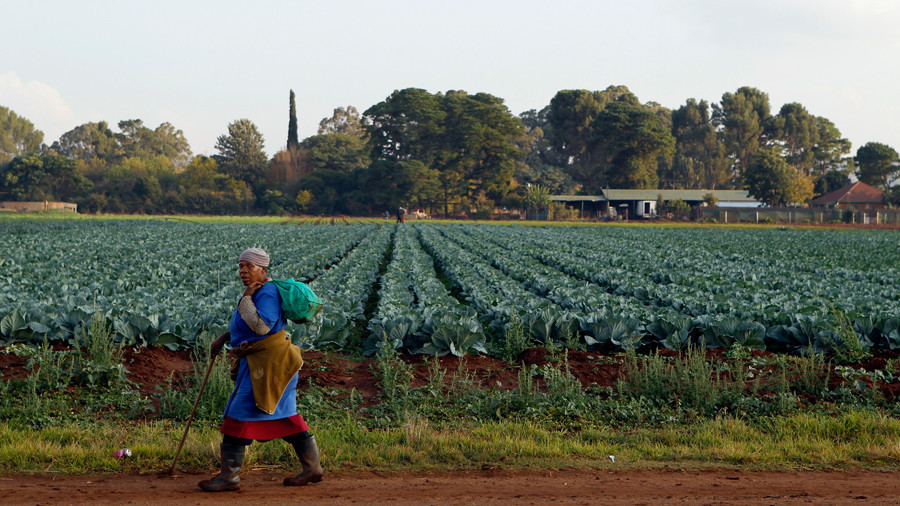 A worker leaves after working at a farm in Eikenhof, South Africa © Siphiwe Sibeko / Reuters
The South African parliament voted on Tuesday in favor of a motion seeking to change the constitution to allow white-owned land expropriation without compensation.
The motion, which was brought by Julius Malema – the leader of the radical Marxist opposition party, the Economic Freedom Fighters – passed by a wide margin of 241 votes to 83 against.
Read more 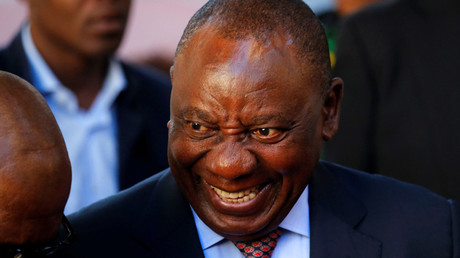 New South African president wants to seize land from white farmers without compensation
Several parties – the Democratic Alliance, Freedom Front Plus, Cope and the African Christian Democratic Party – did not support the motion. The matter has been referred to the parliament’s Constitutional Review Committee, which must report back by August 30.
“The time for reconciliation is over. Now is the time for justice,” Malema told the parliament. “We must ensure that we restore the dignity of our people without compensating the criminals who stole our land.”
South Africa has a population of over 50 million people. According to a 2017 government audit, white people own 72 percent of farmland.
Last week, South Africa’s new president, Cyril Ramaphosa, pledged to return the lands owned by white farmers since the 1600s to the black citizens of the country. He added that food production and security must be preserved.
The official opposition Democratic Alliance party (DA) has criticized the motion, saying it will undermine property rights and scare off potential investors.
The DA’s Thandeka Mbabama told the parliament that expropriation without compensation was a way to divert attention from the failure by successive ANC-led (African National Congress) governments.
Read more 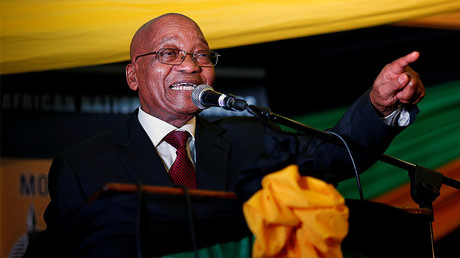 Zuma's 'night of the long knives' rattles investors, puts South Africa's credit rating at risk
“It is shocking that at the current rate it will take 35 years to finalize (land) restitution claims lodged before 1998,” said Mbabama, who is deputy shadow minister for rural development and land reform.
It’s been more than two decades since the end of apartheid in the 1990s, and the ruling ANC party is still trying to tackle racial disparities in land ownership in South Africa.
The president of farmers’ group the Transvaal Agricultural Union, Louis Meintjes, warned the country risks going down the same route as Zimbabwe, which plunged into famine after a government-sanctioned purge of white farmers in the 2000s.
“Where in the world has expropriation without compensation coupled to the waste of agricultural land, resulted in foreign confidence, economic growth and increased food production?” Meintjes said, as cited by Australia’s news.com.au.
“If Mr Ramaphosa is set on creating an untenable situation, he should actively create circumstances which will promote famine. His promise to expropriate land without compensation sows the seed for revolution. Expropriation without compensation is theft.”
For more stories on economy & finance visit RT's business section