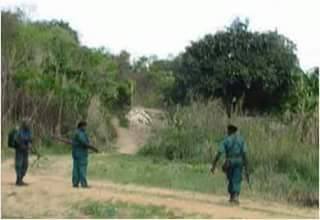 Most Dangerous Cities In Africa

As the African continent offers ever more economic opportunities and unique places to visit, many of its burgeoning major cities are concurrently becoming more susceptible to crime. Furthermore, in countries such as South Africa, where apartheid (the legal segregation of ethnic groups and races there from 1948 to 1994) was a once deeply ingrained practice, racial tension remains high, and xenophobia-related violence (that out of fear of those different than one's own self) often still occurs. Using the sets of crime indices Numbeo.com has created to compare global cities based on relative levels of crime, safety, law, and order, we have ranked some of the most dangerous cities in Africa. Numbeo's multi-factorial analyses take into account such considerations as people feelings on the level of crime therein, recent changes in crime levels, safety walking alone, fears of muggings or robberies, vehicular security, perceived threat of assault and/or battery, being annoyed, harassed, insulted, or solicited by locals, racial, ethnic, and religious intolerance, and the threat of property theft. In many cases, these cities' relatively high danger levels are validated by their listing by the US Overseas Security Advisory Council (OSAC) as "critical" in terms of crime. Using those Numbeo composite crime indices, here are some of the most dangerous cities to live in, visit, and conduct business in Africa today.

As Kenya’s capital city, Nairobi is the hub of the country’s economy, thereby making it attractive to both foreign and investments, and vulnerable to criminal activity. The US Overseas Security Advisory Council (OSAC) rates Nairobi’s crime levels as being "critical". Also, Numbeo,com, as of March 2016, ranked the crime levels at of city as high, and ended up giving it a rating of 78.49 out of 100. Serious crimes common in Nairobi, according to OSAC, are armed carjackings, home and business burglaries, kidnappings, pick-pocketing, muggings, and snatch- and grab-thefts. Other criminal threats include grenade attacks and terrorism, which in recent years Kenya has bore the brunt of. However, those victims of robbery who cooperate without resisting are likely to be unharmed in the city, according to OSAC. Cyber-crime and credit card skimming are other forms of criminal activities on the rise in Nairobi that its foreign visitors need to be aware of.

Luanda, Angola’s capital city, has a high crime rate, and one which the OSAC reports as being "critical". Out of a possible crime score of 100, Numbeo rates it at 76.39 as of February 2016. According to the UK Government service Gov.UK, common crimes in the city are inclusive of carjackings, assaults, homicides, muggings for valuables such as mobile phones, armed robberies at either night or day (especially in areas popular with foreigners), and rape incidences both in nightlife areas and even private homes. Lone night travel or walks within the city are not recommended, as crimes mostly happen at night in Luanda, according to the OSAC. There also are crime hot-spots in Luanda that the OSAC particularly warns against venturing into, like the Rua Nehru, the Rua Houari Boumedienne, and the traffic circle in the last part of Rua Gamal Abdel Nasser. Thefts from stationary or slow-moving vehicles stuck in traffic also happen. It’s thereby wise to close the windows when stuck in such traffic situations there. Furthermore, visitors are also advised to avoid changing or withdrawing money in public places, or handling money in very crowded places.

Port Elizabeth is a coastal city in Eastern Cape Province, South Africa. As a port city, it’s vibrant with tourism and is dubbed the "Windy City" for its windy coastal clime. Port Elizabeth has a rich cultural heritage, and is among the cities early explorers like Vasco Da Gama passed through. However, crime is very high there, and Numbeo, as of February 2016, rates the crime levels there at 80.56 out of a possible crime score of 100. Muggings and street crimes are common at Port Elizabeth like in the rest of South Africa. Xenophobic attacks against foreigners also flare up in Port Elizabeth when there is unrest in South Africa. In 2014, Port Elizabeth was ranked number 35 by the Mexican Citizens' Council for Public Security and Criminal Justice among the world’s 50 most dangerous cities, and, in 2013, it was number 41. Murders per 100,000 people in 2014 were 34.8, slightly down from 36 in 2013.

Crime levels in Cape Town, a port city in South Africa and the capital of Western Cape Province, are very high, even though it’s the country’s legislative capital. In recent years, several news wires have labeled it as being among the most violent cities in the world. Numbeo gives the city a crime rating of 82.45 out of a possible crime score of 100, as of March 2016, having increased over the course of the previous 3 years. From April 2011 to March 2012, Cape Town recorded more murders than both Johannesburg and Pretoria combined, according to Africa Check. Criminal activities like drug dealing, mugging, vandalism, theft, assault, armed robbery, and bribery are especially common there, according to Numbeo. Taking nighttime walks is also risky in and of itself. Much of the violence in Cape Town is fueled by drug-related gang activity and the economic inequality still prevalent in non-white territories. According to a 2014 report by the Institute for Security Studies, annual income in a white household was just over 6 times more than a black household in Cape Town.

With an estimated population of 21 million, Lagos is Nigeria’s largest city. Crime levels are also very high, with Numbeo giving the city a rating of 80.88 out of a possible crime score of 100. The OSAC gives Lagos a crime rating of "critical". Locals and expatriates living in Lagos are prone to muggings, armed robberies, home or business burglaries, carjackings, assaults, rapes, kidnappings, and extortion. Armed robbers in the city are known to even climb up perimeter fences and subdue guards, and others have invaded waterfront compounds by way of boats. Criminals also target vehicle occupants in traffic, and break into stationary cars. Some of Lagos' crime hot-spots are airport roads in the days or evenings, as well as banks and grocery stores. Street gangs dubbed "area boys" cause terror in the mainland of the city when they clash. Lagos is also an e-mail scam hotbed, from where dubious cyber criminal prey on people under the pretension that they can receive huge compensation in return some time later after parting with some money by way of electronic transactions.

Durban is the largest city in Kwa-Zulu-Natal Province in South Africa. It’s a coastal city that is popular with local and international tourists who visit it annually by the hundreds of thousands. Economically, the city hosts the biggest container and commodity port in Sub-Saharan Africa, according to the OSAC. But crime and criminal-related deaths have been on the rise. According to a 2014 report by the Mexican Citizens' Council for Public Security and Criminal Justice, Durban City was 38th among the 50 most violent cities in the world. Homicides per 100,000 people stood at 34.5 in 2014, up from in 2013 when they were at 32 per 100,000. As of March 2016, Numbeo rated the crime in Durban at 87.89 out of a possible crime score of 100, indicating it as being very high. Beyond Durban's city limits, Kwa-Zulu-Natal province in 2015 was reported as the most dangerous province in South Africa. Taking personal precautions, like avoiding nighttime travel or walking alone, is recommended to avoid falling victim.

Johannesburg is South Africa’s second largest city, with an estimated population of over 4 million people, and it’s also the capital of Gauteng province. In recent years it has achieved notoriety for the high numbers of crime and rape cases seen there as well. Numbeo ranks crime levels in Johannesburg as being very high, achieving a 91.61 out of a possible crime score of 100 as of March 2016. Due to the many incidences of rape reported there, it has also been dubbed as the "World’s Rape Capital". Recently, Johannesburg has had xenophobic attacks springing up in the low income townships with frequency. In 2014-2015, according to Africa Check, the murder rate in Johannesburg per 100,000 was 28.2 people. Yet, according to a report by the United Nations Office on Drugs and Crime, the average global homicide rate per 100,000 people was 6.2, less than a fourth of that seen in Johannesburg.

Since Muammar Gaddafi’s oust from power as the leader of Libya in 2011, the whole country, including the second largest city of Benghazi, has been engulfed in a civil war. The city is ever at risk of radical Islamic terrorist attacks. In September of 2012, the US Embassy in Libya was attacked by violent extremists, and 4 US government employees, the US Ambassador to Libya included, died in the chaos. According to the OSAC, crime levels across the whole country are still rising. Incidences of carjackings, robberies, burglaries, and gun attacks are now more prevalent, largely due to the looting of government artillery that ensued in a mad scramble for economic and military gains after Gaddafi’s removal. Sexual harassment of women is also rising, as well as petty and hardcore street crimes alike. Even stricter laws on people's dress make expatriate women who don’t dress conservatively susceptible to attacks from Islamic extremist militias.

Pietermaritzburg is both the province's second largest city (after Durban) and the capital of Kwa-Zulu-Natal Province in the nation of South Africa. It has very high crime levels, with a crime rating of 87.5 out of a possible crime score of 100, according to Numbeo as of January 2016. Armed robbery, sexual assault, arson, drug dealing, house break-ins, carjackings, and car theft are some crimes that are rife in Pietermaritzburg. In the 3 years leading up to 2015, crimes levels in the city rose significantly According to Crime Statistics South Africa, in 2015 there were 15,720 criminal incidences in the city. This was an increase on the previous years, as in 2014 there were 14,794 reported incidents of criminal activities, and in 2013 there were 13,596. When xenophobic attacks flare up elsewhere in South Africa, they also tend to quickly spread to Pietermaritzburg as well.

Rustenburg City is in the North West Province of South Africa. It has very high crime levels, and is rated at 85.71 out of a possible crime score of 100, according to a 2015 Numbeo report. Of all of the cities in the North West Province in 2015, Rustenburg had the highest total cases of criminal activities with 11,117 cases in 2015, according to Crime Statistics South Africa. Household burglary, kidnapping, hijacking, and political violence are but some of the crimes that frequently occur in this city. According to South Africa Dialogue, street crimes and muggings are also high in Rustenburg, and caution is necessary each and everyday. At night, car break-ins are common, and it’s not advisable to leave one's valuables inside a vehicle. When driving on the freeways at night, stops in undesignated areas make one an easy target for robbers, and hence it’s wise to avoid making them.
Posted by Moçambique Terra Queimada à(s) quinta-feira, março 31, 2016 1 comentário: Hiperligações para esta mensagem