Mutharika warns against rigging Malawi elections: Spits fire ‘I will go after you, tikufinyani’

President Peter Mutharika has warned “a certain presidential candidate” against rigging the May 21 2019 Tripartite Elections, saying he will take appropriate action, threatening: “I will go after you.” Mutharika addressing the Ntchisi crowd
Speaking at Chinthemwe in Ntchisi in the central region, Mutharika said his government has gathered intelligence report on an opposition party, which he did not mention, that it has rolled out plans to rig the watershed elections.
Mutharika, who is also the governing Democratic Progressive Party (DPP) torchbearer in the May elections, said he is aware that an opposition party intends to rig the elections.
But his claims were apparent insinuations against his estranged deputy Saulos Klaus Chilima, who is in the presidential race on UTM ticket.
He charged: “Akuti wina wabwelesa anthu akunja ndi machine ndi anthu ena ochokela ku Nigeria, ena ku Russia, ena ku Greece. Ndikuziwa kumene ali, kumene kuli machine awo ndikuziwa [We know the people you have brought from Russia and Nigeria, others from Greece. We have put them under surveillance. We know where your equipment is housed.]”
Mutharika said the scheme of rigging includes plans to “offset communication for Airtel and TNM” networks.
“I want to warn you that I know what you are doing and I will go after you. Tikufinyani, Ndithana nawe,” charged Mutharika amid cheers from DPP supporters.
Chilima has been in the news lately bragging that there will be no rigging and branding his competitors as “Afana” meaning amateurs in rigging.
President Mutharika further said the national security apparatus has comfortably put the clandestine activities and rigging experts on the ladder and that they will be apprehended.
“Don’t cheat yourselves that we don’t know what you are doing. We will pounce on you and your team at the right time. You better stop or face the consequences,” Mutharika charged.
Mutharika assured the people that he will protect their votes and allow them to exercise their right to vote freely.
“Don’t worry. As far as am alive, this man’s sinister motive will not come to pass. He should forget about rigging this elections. We will beat him fair and sure.”Mutharika added.
Mutharika has stepped up his gear canvassing for votes in the opposition stronghold of central region holding 5 to 6 whistle stops in a day.
The President also said his government has performed well and  needs to be in power again to continue the unfinished developmental projects it has started in the country.
There are less than 30 days to go before Malawians  vote in the tripartite elections.
Follow and Subscribe Nyasa TV :
Please share this Article if you like

Guest
Felix Naviriyo
That’s being coward Mr President. You have all state powers to act or reporting system, why then standing on that platform for the crucial matter like that? If you think you will stay on power in the next 5 years, please be reminded that Malawi needs someone else and NOT you. I voted for you in 2014 only to be disappointed by you and the team that you work with. It’s time for youthful leadership who cannot be corrupted at all. I am also from Thyolo, this country is NOT our estate Mr President. Let us give others chance to… Read more »
4  Reply

Guest
Sibuno
Two issues seem to come out clearly. Either the 2014 elections were rigged, a fact which you both know and being haunted with at the same time, where parting ways may mean that each one of you is always suspecting the other remembering your old ways of 2014, when it was green. Or you are acknowledging that the game is not on your side, so trying to build up reasons for the impending loss. Please do not confuse Malawians like you are doing here. Sorry, time is up and only MEC and courts now have power, as you are a… Read more »
1  Reply

Guest
Joovido
One way of accepting that you have lost. If it’s true then u have all the government machinery y not bring the evidence n arrest them????????????????
2  Reply 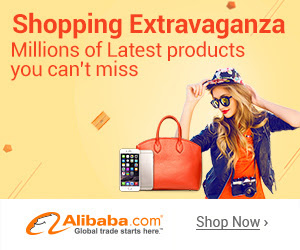