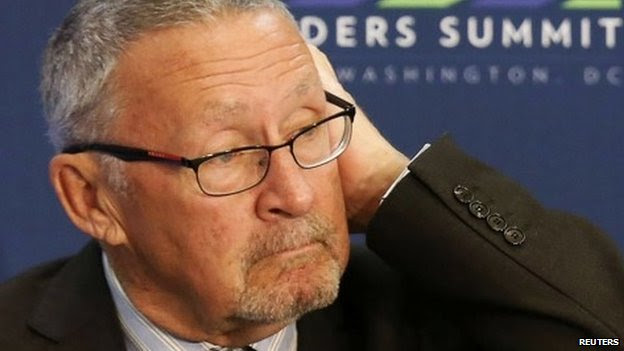 Zambian Vice-President Guy Scott has been named acting leader following the death of President Michael Sata.
Presidential elections to choose a permanent successor will be held within 90 days, Defence Minister Edgar Lungu said.
Mr Scott, who is of Scottish descent, becomes Africa's first white head of state for many years.
Mr Sata died in the UK aged 77 after receiving treatment for an undisclosed illness.
Jump media player
Media player help
Out of media player. Press enter to return or tab to continue.
A look back at Zambian President Michael Sata's life
He was being treated at London's King Edward VII hospital where he died on Tuesday night.
'Beloved comrade'
Mr Scott regularly stood in for the president at official events, but was never appointed acting president when Mr Sata was abroad - so this is his first time to officially lead the country.

In a brief televised address Mr Scott confirmed his appointment.
"The period of national mourning will start today. We will miss our beloved president and comrade," Reuters news agency quotes him as saying.
The president's death comes just days after Zambia celebrated the 50th anniversary of independence from the UK.
Cabinet secretary Roland Msiska said on national TV that President Sata's wife and son were at his bedside.
Jump media player
Media player help
Out of media player. Press enter to return or tab to continue.
Michael Sata is the second of Zambia's five presidents to die in office
He is the second Zambian leader to die in office after Levy Mwanawasa in 2008.
Earlier this month reports in Zambia said that President Sata had gone abroad for a medical check-up amid persistent speculation that he was seriously ill. 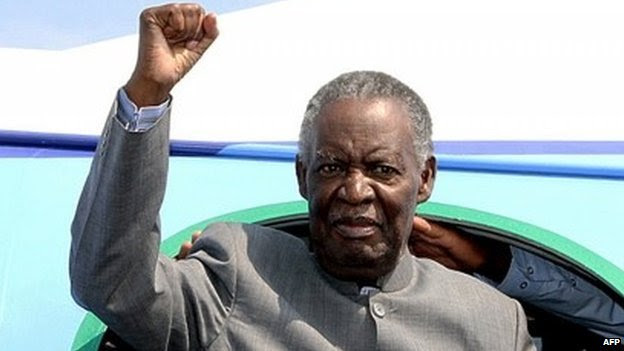 Mr Sata was known as "King Cobra" for his tough style of public speaking
Gravelly-voiced as a result of years of chain-smoking, Michael Sata rose to political prominence in the 1980s. He quickly earned a reputation as the hardest-working governor while in charge of Lusaka and as a populist man of action. But he was also known for his authoritarian tendencies, an abrasive manner and a sharp tongue - and his critics say his nickname of "King Cobra" was well-deserved.
A devout Catholic, Mr Sata had worked as a police officer, railway man and trade unionist during colonial rule. After independence, he also spent time in London, working as a railway porter, and, back in Zambia, with a taxidermist company.
At the fourth attempt, Mr Sata won presidential elections in 2011. At first he looked as if he would keep promises to tackle corruption and create jobs and prosperity. But his term in office was marred by a crackdown on political opposition and a decline in the economy.
Obituary: Michael Chilufya Sata

He had rarely been seen in public since returning from the UN General Assembly last month, where he failed to make a scheduled speech.
After he left the country, Defence Minister Edgar Lungu was named as acting president.
Mr Scott is of Scottish descent and his parents were not born in Zambia, so he may not be able to run for president in January because of a constitutional clause.

More on This Story

From other news sites

Planes wobble as they land in storm

Teacher guilty of IS terror plan

'Drunk' rape victim: 'I felt I wouldn't be believed'

Father gets life for killing wife and son